Crossing Idaho, we lucked out in finding a sweet place to camp – we stayed at the Jerome County Fairgrounds. It was basically their parking lot, but with water and electricity and a dump station close by – all of this for $10 a night! The staff were friendly and took good care of us and we only had one neighbor the whole time (except for the night there was a concert at the fairgrounds and we were locked in with MANY cars and concert goers – but even this was entertaining and what you should expect when you’re temporarily living in a parking lot – ha ha.)

Another BIG win with our no planning plan! We had no idea what we we’d find in this area and after some on the fly research and taking notes of the billboards we had passed – we ended up with several days of activities. While running errands we just happened to park next to the Perrine Bridge in Twin Falls and were able to watch four dudes BASE jump off this bridge. It was INSANE and so incredibly awesome! Turns out people come from all over the world to jump off this bridge (for sport) because it’s the only place where you can jump every day of the year without a permit. 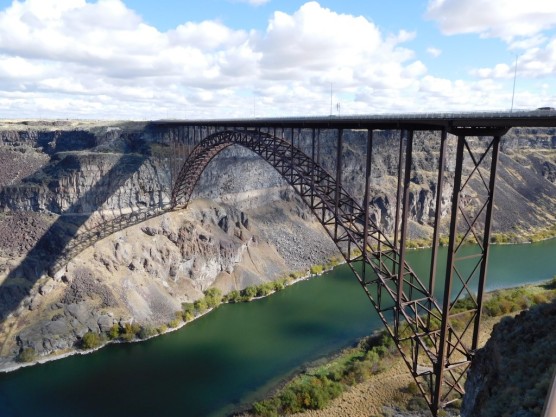 View east of the bridge 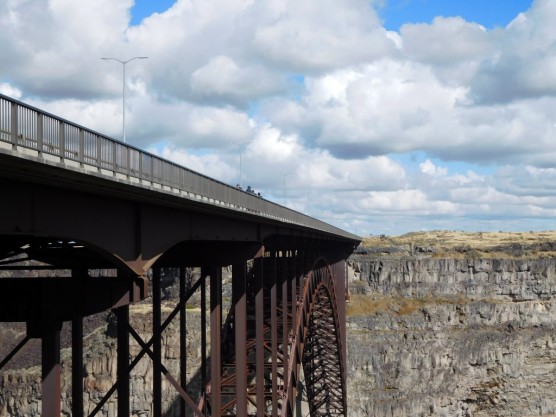 Jumpers walking out to the center of the bridge

Jumper climbing over the edge 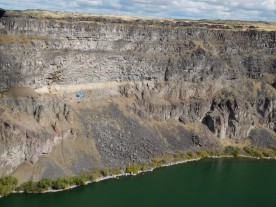 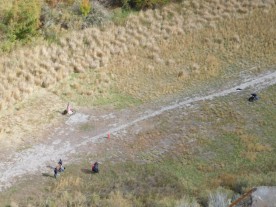 All jumpers on the ground safely!

This area is also home to the Thousand Springs Scenic Byway. We took this route both days to explore the springs, numerous parks, scenic viewpoints, historical markers, the Snake River, fossil beds, and a very disappointing waterfall. Twin Falls was, not surprisingly, named after twin waterfalls located just a few miles away from the bridge. When a town is named after a natural wonder – one would expect something grand and majestic. This is not the case in Twin Falls, ID. We learned from the Visitor Center docent that as the area became more and more populated and more of the desert became farmland, water and power needs grew to the point of needing to make a dam out of the falls. What is left is a waterfall skeleton surrounded by concrete and no water falling. Definitely a bummer – but the reality of “progress”. 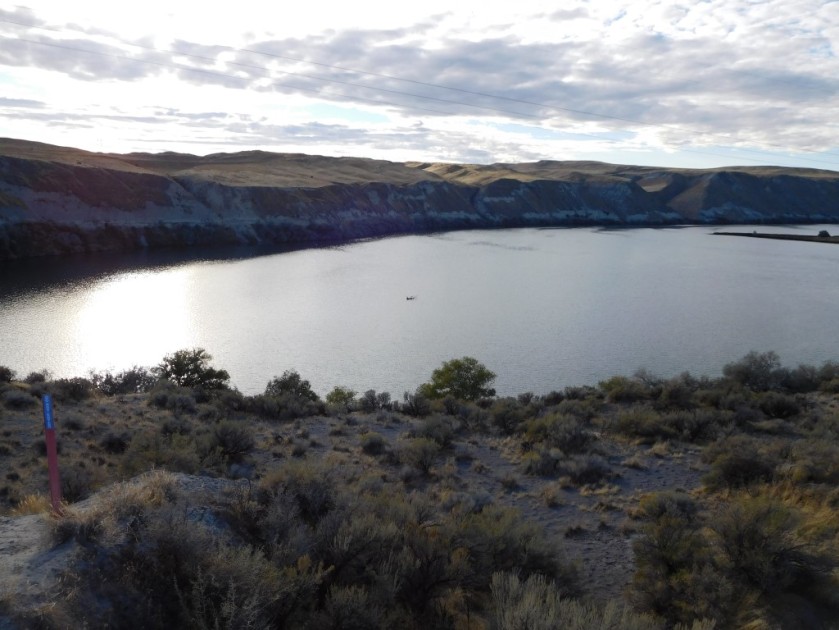 Hagerman Fossil Beds: The shelf from the water up spans 3.1 – 3.7 million years ago! Amazing horse fossils were found here from that time period.

Idaho made up for the waterfall let down by giving us the most amazing kayaking trip! We rented kayaks on the Snake River and were advised to look for the Blue Heart Spring. Many of the springs in this area were off rock ledges – but this particular spring was quite different! Off the river was a cove tucked away in the corner where the river turns left. As we paddled closer we noticed the water was colder and a brighter blue. As we entered the cove, we were met with the most brilliant aqua blue water!!! Bryan noticed something odd on the cove floor and after further inspection we realized the spring was feeding this cove from the river bottom!

Floating down the Snake

Super clear water along the way

**updated… here is the video of the springs under us. blue heart spring video

We paddled around for a bit and were in awe by the beauty of this place! If it had been just a tad warmer and not nearing the end of our 2-hour rental – we’d have gone swimming for sure! Next time. 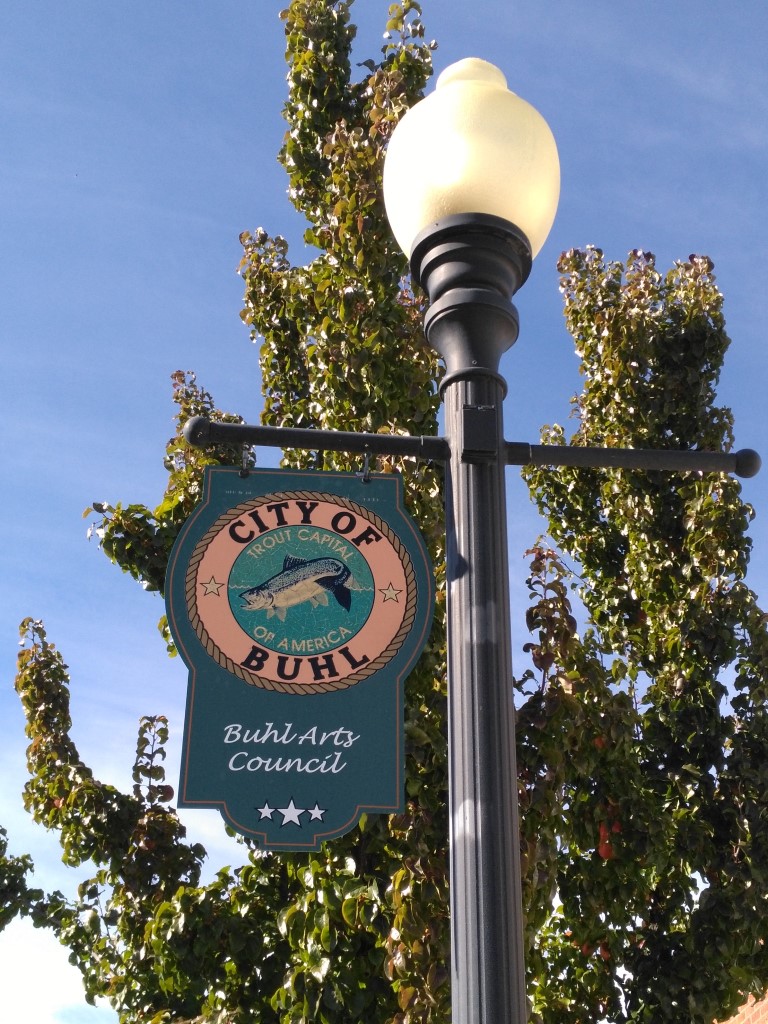 Another stop on the byway was the town of Buhl. I only knew about Buhl because a great-uncle of mine lives there. Unfortunately, we weren’t able to meet up – but we did visit Buhl’s new micro brewery/pub: Magic Valley Brewing. This place was so great we came back on day two as well: fun and friendly people, tasty beer, and top-notch chow (we had our first Scottish Egg and it was amazing!).

We thoroughly enjoyed our time in the Magic Valley (yes, that’s actually its name) – it even had the best laundromat we’ve visited on the trip.

2 thoughts on “Living the dream in a parking lot.”