We made it out of Texas!  Driving above America’s largest river swamp (The Atchafalaya) for miles on interstate 10 was a crazy introduction into the very different land of the swamps and bayous of Louisiana.  We began our stay at a state park where we were quickly immersed in this beautiful new landscape.

Welcome to the great state of Louisiana

Great Egret. Lots of these along with Snowy Egrets, Great blue herons, and many more birds in these marshy areas. 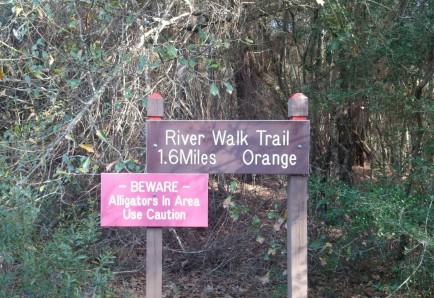 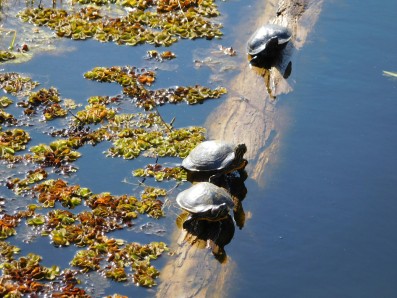 Lots of turtles as well! These seem to be Red-eared Sliders.

The park had great biking trails and a disc golf course.  We enjoyed both very much.

DO NOT throw your disc to the Gators!

The Golden Nugget at Lake Charles

We made a quick one night stop at the casino.  It was”free” to stay in the parking lot.  With our gambling and eats, our free parking lot stay was not very budget friendly, but it was fun anyways. 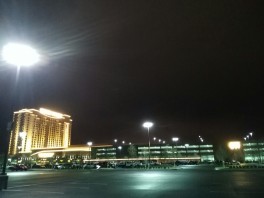 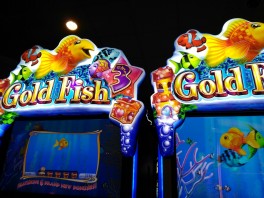 This was a great place to stop and some of the awesome locals camping next to us gave us a taste of their homemade crawfish etouffee, smothered cabbage, and potato salad! We explored Butte La Rose and Lafayette.  This campsite was between two levees and alongside a river. Thankfully the rain was minimal during our stay – but you can imagine this place would have serious problems if water levels increased even the slightest bit. 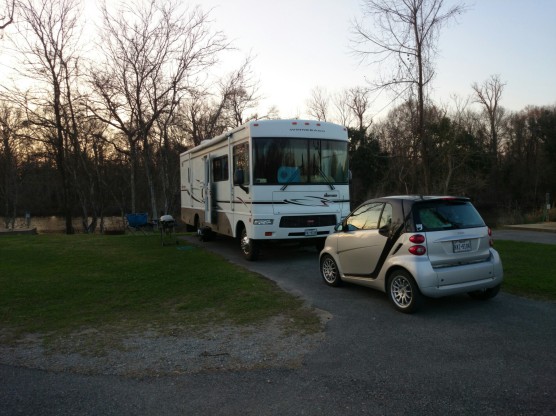 camping right on the river 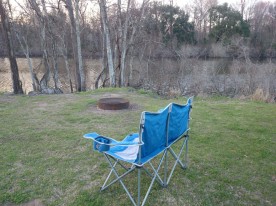 Merlin did not go this way. Pontoon bridge. eek! 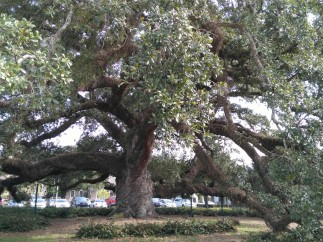 The LSU Lafayette campus was beautiful.

We finally decided we had to do a swamp tour.  This was led by some great people who were from the area and had a bit more respect for the environment and habitat than some of the other tour operators.  We were glad to be on this relaxing, fun, informative tour.

Bryan on the bayou. Actually it is Lake Martin.

A lot of stray cats chilling by the lake. 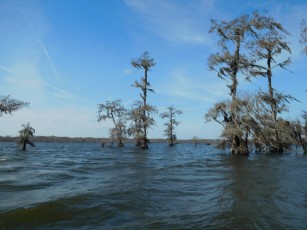 So many birds nesting in the trees around here. 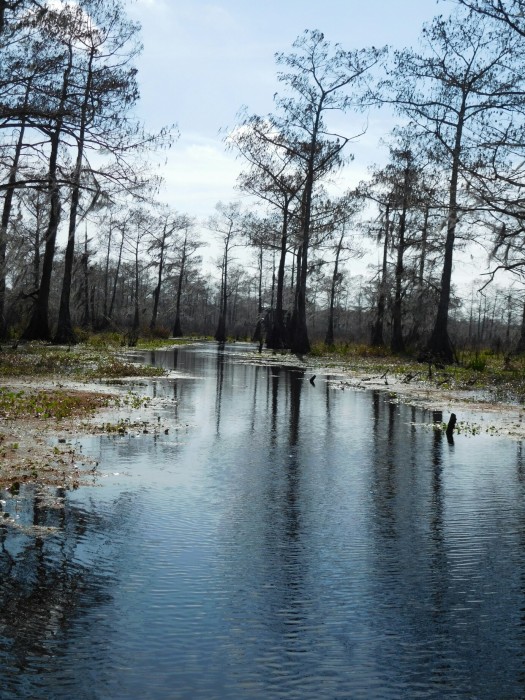 So cool boating through here. We chose not to do the airboat and were glad to have a quieter experience.

Our first Alligator sighting! This might have been 2nd or 3rd…

Wow… This place… We had heard it was the place to go and we were not let down.  Who would have thought that on Superbowl Sunday the game would be second to anything.  Well, much to our surprise and happiness, it turned out to be the case here as an amazing live Zydeco band was in town.  Geno Delafose rocked the house and we were introduced to the locals.  We weren’t allowed to leave without dancing and we sure did give it our best!  It was a blast and we’ve been playing a Geno Delafose Pandora station further into Louisiana to keep the tunes going. 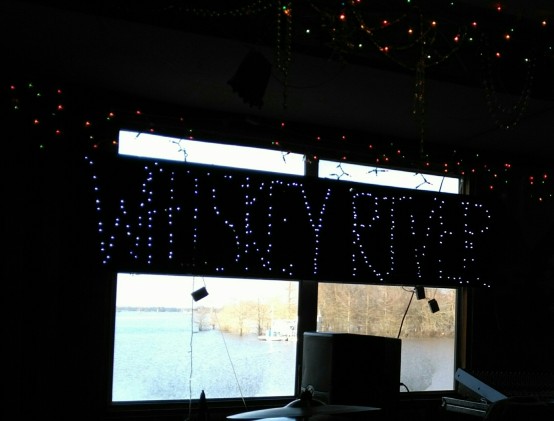 Whiskey River is a great local establishment. Dancing the night away!

Gino Delafose is the best Zydeco band around. Our introduction to the genre might have ruined anything but the best!

My new friend Mark – The Godfather of Whiskey River. He was awesome and introduced us to a huge crowd of regulars.

Us with another new pal Arcade.

Louisiana has Parishes rather than counties and St. Martin was the Parish we were camping in.  As you can see it was part of the tornado watch.  We were forced to watch horrible morning TV to keep up with the weather and determine what if any kind of danger we faced.  Luckily it never became a “warning”and the winds died down in late morning. We were really sorry to hear that some folks in NOLA were not as lucky… 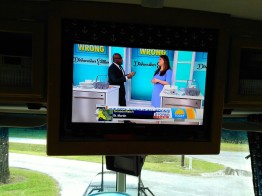 As soon as the worst had passed we went about our regularly scheduled program and headed to Avery Island and the Tabasco Factory Tour.  The tour was great and the gift shop was fun as well. Tabasco soda and Tabasco ice cream were among the interesting items we tried.

It smelled REALLY good – better than we expected! 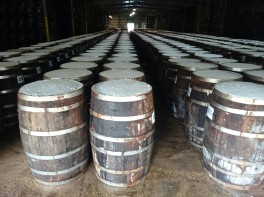 pepper mash is aged in these barrels for up to 3 years!

all the varieties… life size 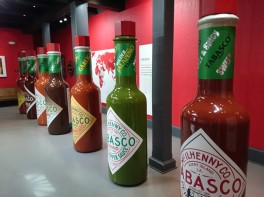 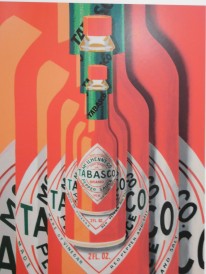 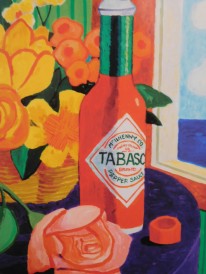 3 thoughts on “Louisiana Part I”